How will self driving cars effect auto insurance? 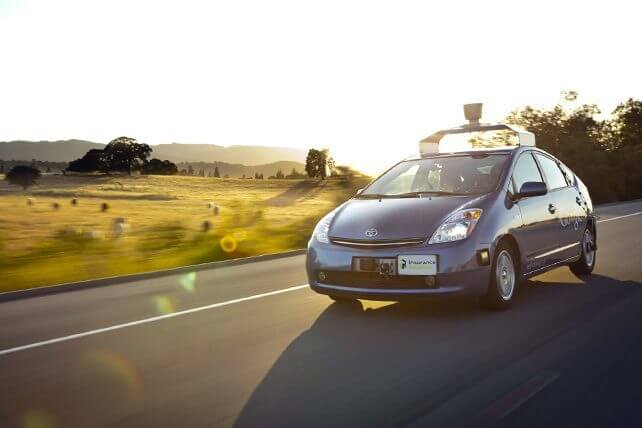 Several times in science fiction movies over the last 50 years, we've seen self-driving cars. In the world of 2016, such cars are rapidly becoming part of the real world rather than the imaginary world of film. Every year, production cars come off the assembly line with more self-aware features than in the previous year. As few as 10 years ago, crash avoidance, automatic parking, front-end collision warnings that automatically apply the brakes for you and quite a few other innovations were only dreams on a whiteboard. Now, at least one car manufacturer has boasted that self-driving cars will be the vehicle of choice by the end of the decade.

The government has either run or sponsored several studies over the last eight years; their purpose was to ascertain the effects of safety technology improvements. For example, one study showed that, in 2011, there were 28 deaths per million people, which was an improvement of 41.67 percent over the year 2008. This particular study also showed that stability and traction control, along with the advent of side airbags, was the primary factor in the reduction in the number of deaths. Other technologies set to debut between now and 2020 include laser-guided sensors and vehicle-to-vehicle, or V2V, communication that enables cars to "talk to each other."

What Are Some Snags?

Obviously, cars that are reliant on computers for their very operation would be susceptible to hackers. Additionally, a software glitch could have deadly consequences. For these reasons, most self-driving vehicle projections include a fail-safe system that would return control of the vehicle to the driver in an emergency.

What Are The Insurance Ramifications?

With drivers involved, many cases of liability are clear-cut. Joe ran a red light and smashed into Susie's car. Joe's at fault. With a self-driving car, it's possible for Joe to be at fault; however, it's also possible for the manufacturer, computer programmer, highway administrator, city planner or any of a number of other people to share the fault in the case of an accident.

Because insurance is a state-regulated entity, the possibility exists of 50 separate sets of laws, including those that are no-fault. With so many possible liable parties in a situation where a self-driving car has a problem, there might need to be a national standard. Currently, there are studies underway that examine these, and other, pecuniary issues related to self-driving vehicles.